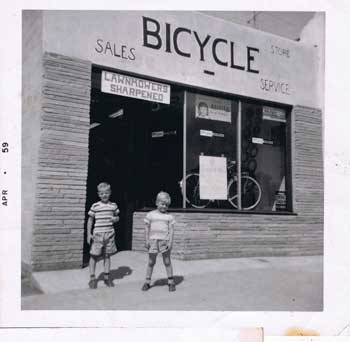 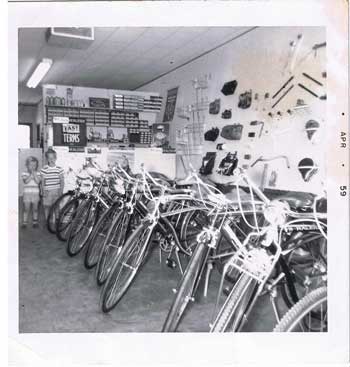 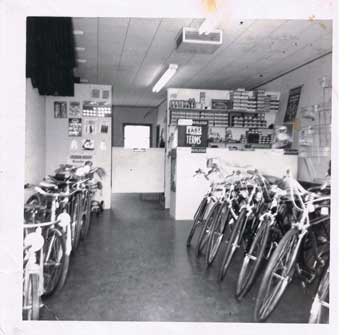 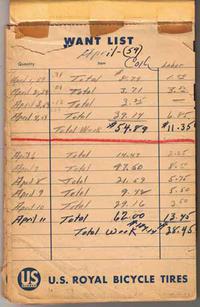 Don McAfee always had a passion for bicycles and in the mid-1950s, he would earn a few extra dollars by buying old bikes, fixing them up and selling them on a street corner.

Over the years, the small shop did well and developed a reputation for good old-fashioned customer service - as well as a place that local kids could come hang out and get their bikes fixed. Don took great pleasure in helping everyone realize their cycling dreams.

Sadly, Don passed away from heart complications while riding his bike from work, leaving his 18-year-old son, Scott, to take over the family business. "I never planned on being a small business owner but my family decided we should keep the shop and I had learned enough from my dad about how to run a business, be profitable and take care of people."

The business grew and went through several expansions and Scott himself discovered his dad's passion for bikes. At age 22, he entered his first bike race and "I was hooked!" Scott went on to win two California Road Championship titles and competed in the U.S. Olympic trials.

After retiring from racing, he helped found and direct the 7-Up professional men's cycling team and the Diet Rite women's team. Both teams were very successful, winning some of the biggest races in North America including the San Francisco Grand Prix, the U.S. Professional Criterium Championship and taking stages and the Yellow Jersey at the Redlands Bicycle Classic. A total of four of his riders went on to compete in the Olympics and one rider, Sarah Hammer, won a silver medal at the London Games.

In 2012, Don's Bicycle opened our second location, an 8,000 sq.ft. megastore in the heart of downtown Redlands. This store offers a huge selection of road, mountain, and BMX bikes, and maintains the same Don's customer service philosophy.

Don's Bikes was recently awarded the "Best Bike Shop in the Inland Empire" by the Sun Telegram and has been recognized as one of the top 100 Bicycle Shops in the US by the bicycle industry. Owner Scott McAfee looks back and reflects "I think if my dad were alive today, he would be really proud."