SE Bikes can trace their history back to a vacant lot in Long Beach, California in the 1970's. Covering every aspect of the BMX scene from designing BMX tracks, to creating societies devoted to the sport and of course, designing BMX bikes. In 1977 Sot Breithaupt founded Scot Enterprises (SE) and released the STR-1, also known as the Quadangle, the first BMX bike produced by the company.

Don's Bikes, serving Rialto and Redlands communities in California predates the BMX movement. Since 1959 we've been dedicated to the craft of helping the community receive quality products and service all at a fair price.

SE Bikes remains a leader in the BMX space and we offer a wide selection of their products here at Don's. If you have any questions about SE Bikes specifically, or BMX bikes in general, don't hesitate to reach out to us! 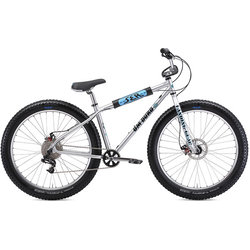 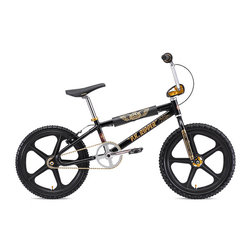 SE Bikes PK Ripper Looptail 20
$899.99
Get your easy cruise on with the PK Ripper Looptail 20-inch BMX bike from SE Bikes: The PK Ripper is the most famous and longest-running BMX bike in the history of the sport. The PK Ripper comes equipped with Redline Flight cranks, a Kashimax RS seat, Oakley B-1B grips, super knobby CST Caesar tires, and Skyway Tuff II Tuffwheels with gold rivet flanges. This PK Ripper Looptail is adorned with the “PK” of the “PK Ripper” Perry Kramer’s signature. Quite simply, old school BMX doesn’t get any better than this- get yours today, and ride easy. 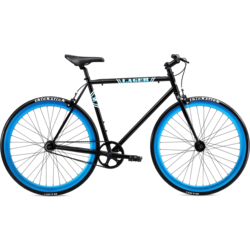 SE Bikes Lager
$499.99
The SE Lager is the slickest ride your city has ever seen. It's a single-speed and a fixed gear bike in one, and you can quickly switch it from one to the other to suit your mood and style of riding. Plus, this bike comes with TWO handlebars, a regular flat riser bar and a narrower set of bullhorns for city capability and aesthetic. The Lager packs a quality punch with a butted top tube and down tube, Cr-Mo seat tube, alloy cranks, and super smooth Freedom ThickSlick tires. The perfect bike to get you where you want to go and in style. - Hi-Ten steel urban single-speed style frame with butted top tube and down tube, Cr-Mo seat tube with integrated seat clamp, plus water bottle and fender mounts for increased carrying capacity - Hi-Ten SE steel straight leg fork with wide tire clearance - Dual pivot alloy brakes - Alloy cranks with sealed cartridge Euro bottom bracket - SE high-flange alloy fixed/free 36H hubs with extra high-profile double-wall rims - Freedom ThickSlick Sport tires - Includes two styles of handlebars: an SE alloy riser, and an SE alloy bullhorn so that the rider can opt for an aggressive or more relaxed riding position 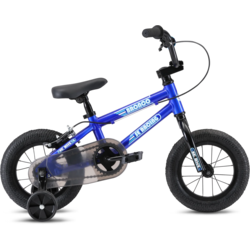 SE Bikes Bronco 12-inch
$249.99 - $299.99
Built for the kids, the 12" Bronco is built around a lightweight 6061 aluminum frame that features a low standover and compact geometry. It comes equipped with training wheels, coaster brake, and a hand brake for the enthusiastic little kid just learning to ride. You're never too young to learn to ride and have fun on a bike! - Lightweight 6061 aluminum frame with low standover height to correctly fit young riders - Coaster brake rear hub and rear hand brakes for added safety - Adjustable handlebar and seat height for growing kids - Comes equipped with training wheels, which can be removed later as the rider progresses - 18.5 pounds 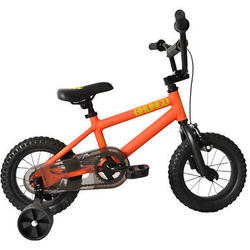 SE Bikes Bronco 12
$199.99
Start your little one out right with SE's Bronco 12. It features a low-profile steel frame for excellent handling and loads of standover clearance, while the fine components make this ride one that's built to last. The Bronco 12 has a coaster brake to help them learn the ins and outs of stopping and control. And, this bike comes with training wheels to really get them going. 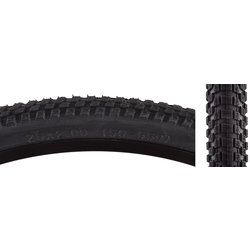 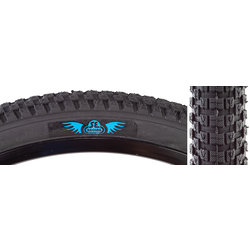